Peter Piller – BELEGKONTROLLE is a two-part exhibition that takes place at the same time at the Fotomuseum Winterthur and the Centre de la photographie Genève (CPG). It is to this day the largest exhibition of Peter Piller’s work, born in 1968 in Fitzlar, Germany and living and working in Hamburg.


A CO-PRODUCTION BETWEEN THE FOTOMUSEUM WINTERTHUR AND THE CENTRE OF PHOTOGRAPHY IN GENEVA.
THE EXPOSURE TAKES PLACE SIMULTANEOUSLY IN BOTH INSTITUTIONS
Exhibition partners:
Städtische Gallery Nordhorn and Kunsthalle Nürnberg

The Centre de la photographie Genève had already shown Peter Piller's Nimmt Schaden series in 2010 as part of the exhibition La revanche de l'archive photographique. While the Fotomuseum also shows drawings and photographs made by the artist himself, the CPG focuses exclusively on the Archiv Peter Piller (accessible on the Internet under peterpiller.de) and more precisely on an aspect that has never been shown before in this constellation: the "militaria".

The Peter Piller Archive is not hierarchically constructed and does not know any categories, neither that of art history with its genres ranging from landscape to portrait, nor that of libraries with its themes ranging from "army" to "zoology" for example. The archive does not even know any keywords or alphabetical order. In this sense, the "visitor" can only rely on his curiosity, operate by association and let himself be guided by his own intuition. Thus Peter Piller's limitation to the "militaria" is arbitrary and unique.

The following series will be shown at the CPG: Umschläge (2011/2012), Immer noch Sturm (2011), Bombenentschärfer (2009), Unangeneheme Nachbarn (2004), Nachkriegsordnung (2003), Dekoration + Munition (2000 - 2006). All Peter Piller's war series deal with their subject only at an angle. There is not a photograph showing the horrors of war. Thus Bombenentschärfer ("Bomb Defusers"), Unangeneheme Nachbarn (Unpleasant Neighbours), Nachkriegsordnung (Post-war Order), and Decoration + Ammunition (Decoration and Ammunition) all have bombs as their subject; defusing devices that show bombs found in the basements of German cities as fish in a fishing competition, postcards from the First World War playing the propaganda game by showing that enemy devices have not exploded; luminous traces of bomb explosions in the night sky of Baghdad at the beginning of hostilities in March 2003 and collected from many local German daily newspapers and photographs gleaned from the Internet (eBay) showing shell casings of projectiles in private homes. The Umschläge (Covers) series puts photographs side by side that have been intended for time-delayed reading. These are the covers of the magazine "Armeerundschau" of the former GDR.

Peter Piller's first solo exhibition in French-speaking Switzerland will also be an opportunity to present the artist's latest and unpublished series: Afghanistan Field Research (2014). Although this series also refers to war, in this case the wars waged by the Soviets, then by the Taliban, then by the Americans and their allies for 34 years now, it is an exception to previous series in that the artist evokes the devastation of this country and its population in an allegorical way through the photographs in a botany manual.

For the Belegkontrolle exhibition, the Centre de la photographie Genève editions, distributed by Les presses du réel, publishes Nachkriegsordnung, a new white notebook, following the same graphic line as the previous ones, which together summarize the Archiv Peter Piller .

Peter Piller will also participate in the 30-year-old tombola, PHOTOWIN - FOR THE CPG! and he will be a speaker at the symposium Collect or be Collected, organized on December 5, 2014 from 14h to 18h30 at the CPG, Bac conference room, at the initiative of ASIP (Association Suisse des Institutions Photographiques) and the CPG. 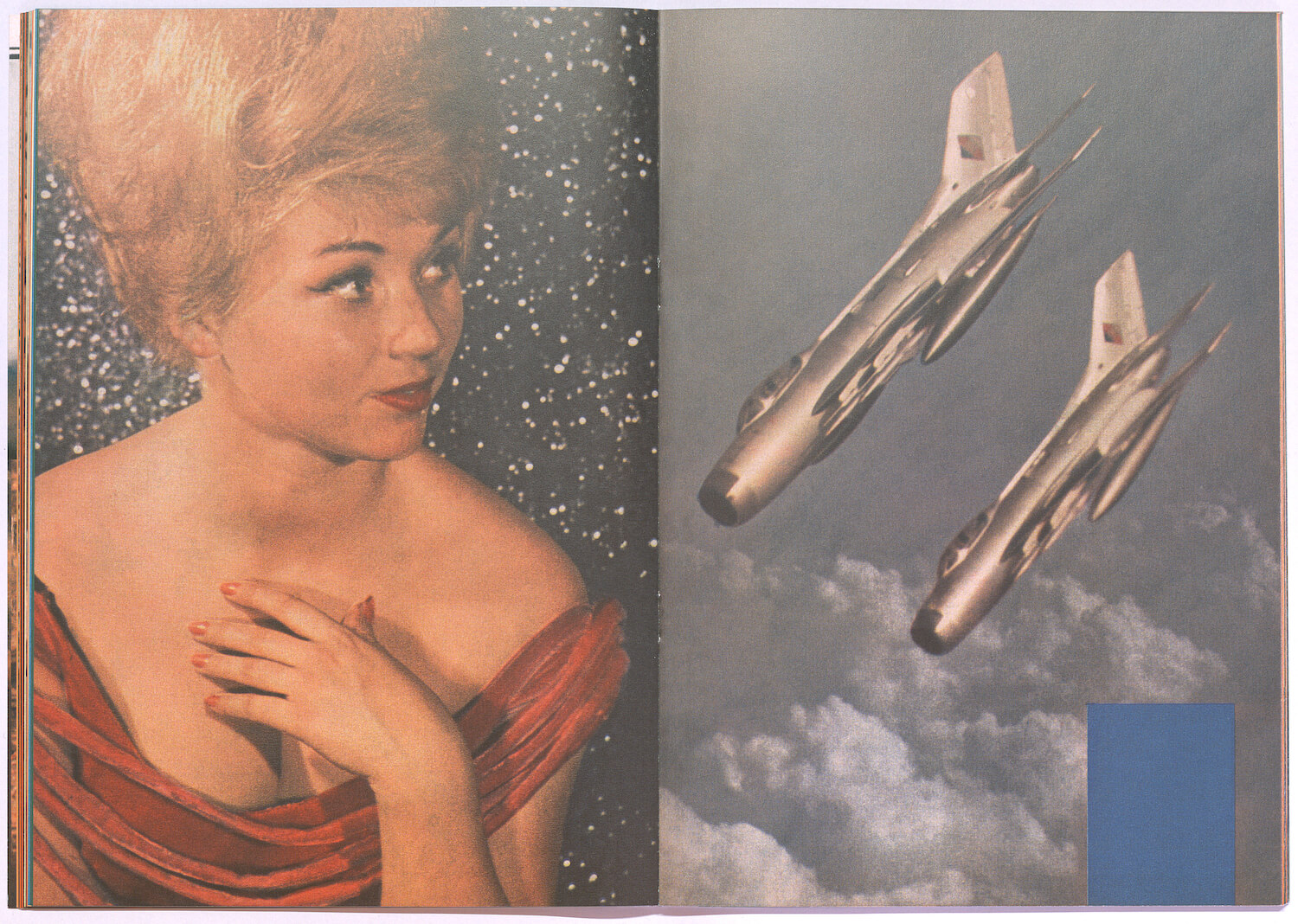 Peter Piller works on reinterpretation and depiction of modern documentary photographs and archive images previously published in other contexts (regional newspapers, internet…). He classifies and rearranges its as mural installations and artist’s books. With a careful observation and a subtle humor, Peter Piller, through this method, questions the images and the media’s potential. He examines possibilities and limits of photography in relation to conceptual [...]

Peter Piller works on reinterpretation and depiction of modern documentary photographs and archive images previously published in other contexts (regional newspapers, internet…). He classifies and rearranges its as mural installations and artist’s books. With a careful observation and a subtle humor, Peter Piller, through this method, questions the images and the media’s potential. He examines possibilities and limits of photography in relation to conceptual art. From 1994 to 2005, Peter Piller earned his living as the head for documentation in an important media agency in Hambourg, in charge with daily analyzing and archiving 150 regional newspapers. This activity established the material for the “Archiv Peter Piller“, an artistic collection of newspaper’s photographs classified on subjective typologies giving a feed back on our information culture and its visual archetypes.

Interested in truly insignificant photos, Peter Piller explores this “genre” in the local press and uses it to build up an archive with no hierarchical, alphabetical or thematic organization. The titles are usually subjective and/or ambiguous (consultable at http://www.peterpiller.de/). He slowly enlarges this corpus by adding new, highly disparate groups—for example, a selection from the photo archives of the insurance company La Bâloise that the CPG showed during the 50JPGphoto festival in 2010. At Piller’s 2014 CPG retrospective, held in partnership with the Fotomuseum Winterthur, the emphasis was on war-related images. In the spirit of the CPG’s curatorial practice of showing the same piece in different exhibitions and contexts, the 2011-2012 series Umschläge (Covers)will be seen this time in its book form. It pairs images meant to be viewed at different moments—the front and back covers of the military photo magazine Armeerundschau. Published in the former East Germany, its front cover always featured soldiers with their military gear, and the back cover, a young and sometimes coquettish woman.

Schedules the rest of the year