On the occasion of the exhibition “Efrat Shvily – The Jerusalem Experience”, the CPG is glad to invite you to a free screening of israeli artist Yael Bartana’s film “Inferno”, whose exhibition “Trembling Time” is presented in the Musée des Beaux-Arts de Lausanne until August 20 2017.

The starting point of 'Inferno' is the construction of the third Temple of Solomon (Templo de Salmão) in São Paulo by a Brazilian Neo-Pentecostal Church. Built to biblical specifications, this new temple is a replica of the second temple in Jerusalem, the violent destruction of which signaled the diaspora of the Jewish people in the 6th century BCE. 'Inferno' confronts this conflation of place, history, and belief, providing insight into the complex realities of Latin America that have given rise to the temple project. Bartana’s film employs what she refers to as “historical pre enactment,” a methodology that commingles fact and fiction, prophesy and history. Her work addresses the grandiose temple project through a vision of its future: Does its construction necessarily foreshadow its destruction? Using a powerful cinematic language, 'Inferno' collapses histories of antiquity in the Middle East with a surreal present unfolding halfway around the world.

From her earliest videos ("Profile", 2000; "Trembling Time", 2001) to such recent pieces as "True Finn" (2014), and including the monumental trilogy "And Europe Will Be Stunned" (2007–2011), with which she represented Poland at the 54th Venice Biennale, Bartana’s work betrays a fascination with ceremonies and social rituals, and with the role of the latter in the shaping of communities and individuals. Yet these works are at a far remove from any direct documentary mode; modelled on the aesthetics of ritual, they are above all performative creations the audience is won over by without realising it. Her films point up the fact that cinema is itself a ritual and that the camera, perhaps better than anything else, imitates ritual in its capacity to fetishise, to seduce and to draw us into the ceremony we are witnessing. 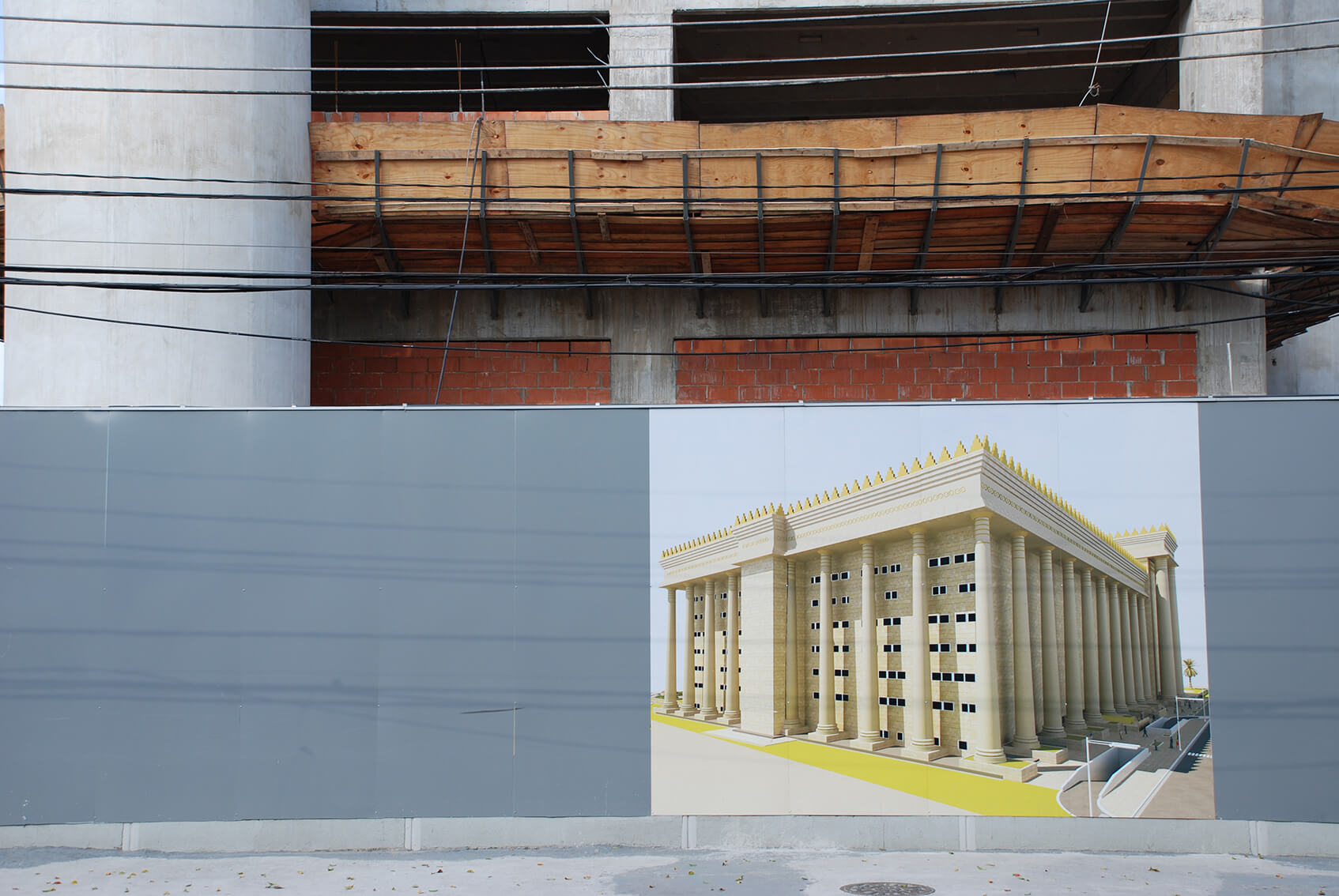 Efrat Shvili’s photographs and videos give expression to socio-political processes and phenomena in a wide range of genres from landscape photography to portraiture. Her subject is Israeli society and identity, as well as the Israeli-Palestinian conflict. Her work combines formalistic perception with a conceptual approach, encompassing both socio-political and personal narratives. In its dialectical outlook, her oeuvre confronts the viewer with a complex position: point counterpoint, one r [...]

Efrat Shvili’s photographs and videos give expression to socio-political processes and phenomena in a wide range of genres from landscape photography to portraiture. Her subject is Israeli society and identity, as well as the Israeli-Palestinian conflict. Her work combines formalistic perception with a conceptual approach, encompassing both socio-political and personal narratives. In its dialectical outlook, her oeuvre confronts the viewer with a complex position: point counterpoint, one reality vis-à-vis another, individual versus community. Shvili became well-known for her two early series, both presented in CPG, ”New Homes in Israel and the Occupied Territories“ (1992–1998) and ”Palestinian Cabinet Ministers“ (2000). While the first series questioned the relationship between Israelis and the land through photographs of austere landscapes and construction sites, the second series gave visibility to a new image of the Palestinian as statesman rather than terrorist. In her later works, Shvili examined myths and rituals that have to do with the formation of the Israeli identity and collective memory. During her career, Shvili has exhibited in a number of leading international venues including the 50th Venice Biennale, the NY Photography Triennial, the KW Center for Contemporary Art in Berlin, the Center for Contemporary Art Witte de With in Rotterdam, and the 8th International Istanbul Biennial.