In 2010, Philippe Artières, a historian, and Mathieu Pernot, a photographic artist, were invited by Le Point du Jour and the Bon-Sauveur Foundation to work on the archives of the Picauville psychiatric hospital, in the Manche department, about forty kilometres from Cherbourg. That invitation followed on from a request the Foundation had made to Le Point du Jour: The old hospital buildings would soon be demolished, and memory of the place had to be preserved in a different way.

The first original aspect of the project is that a medical institution was approaching a cultural one established in the same area. The historian and the artist learnt that an audio-visual service run by an enthusiastic nurse, Léon Faligot, had films and old photographs available. They were also allowed free access to the hospital’s written archives, and in particular to medical files, some dating from before World War ll. On discovering the hundreds of images, from the 1930s up to the present day, held in a great number of boxes, wallets and folders, the two men had the feeling they had stumbled across a forgotten treasure. Most of the pictures had no captions; neither their authors nor the people depicted were known. But the collection was varied and bore witness not only to the life of an institution but to all the uses the photographic medium can be put to: identity portraits, photographs of architecture, medical imagery, holiday pictures, press reports, domestic snaps, postcards, or official images.

Artières and Pernot comment: “Very quickly we formed the idea that this collection constituted less the history of an institution in pictures, emblematic of the development of psychiatry, than a history of photography seen from the hospital, a specific yet ordinary living space – not a marginal history, but one on the margins, a sort of refuge for photographs. In that way a correspondence between the nature and the subject matter of these images came to be established: Here there are no big names, usually no outstanding events either, just the everyday lives of anonymous people; no carefully composed masterpieces, but the authentic ring of the reality the photograph is recording. While a few images could conjure up Raymond Depardon’s San Clemente, Charcot’s hysterics or indeed Diane Arbus’s ‘monsters’, the snaps taken at Picauville - meals, fêtes, holidays – referred to a form of normality, the normality of family iconography. They formed a novel counterpoint to the dramatized vision of ‘madness’ that has been dominant since the 19th century. “Rather than each of us making use of this collection to carry out our usual work as historian or artist, over the course of the three years the project lasted we wanted to turn it into the actual material for a shared elaboration. The resulting exhibition and book are edited versions in which our vision is juxtaposed with those of the nuns, doctors, patients and their families who – like us – have known Picauville.

“Therefore L’Asile des photographies [The Photograph Refuge] does not claim to be correct, although it is dealing with documents, far less to be exhaustive, although it keeps faith with the photographs’ diversity. First and foremost it conveys an experience, our experience, inscribed in a collective, hence multiple history. We would like to express our heartfelt gratitude to the Bon-Sauveur Foundation and the ‘people of Picauville’ for affording us this freedom.”

“L’Asile des Photographies” [The Photograph Refuge] has been jointly produced in collaboration with Le Point du Jour and the Maison Rouge. This project is being presented in its entirety (some 50 prints and 100 projected images) from 20 October 2013 to 26 January 2014 at Le Point du Jour in Cherbourg, then from 14 February to 11 May 2014 at the Maison Rouge in Paris. 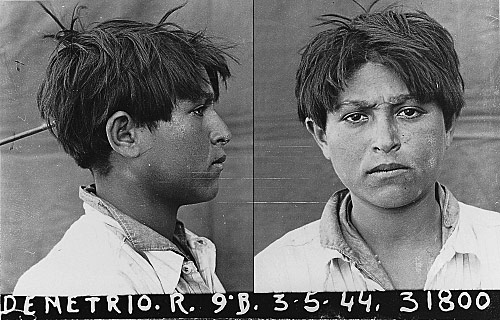